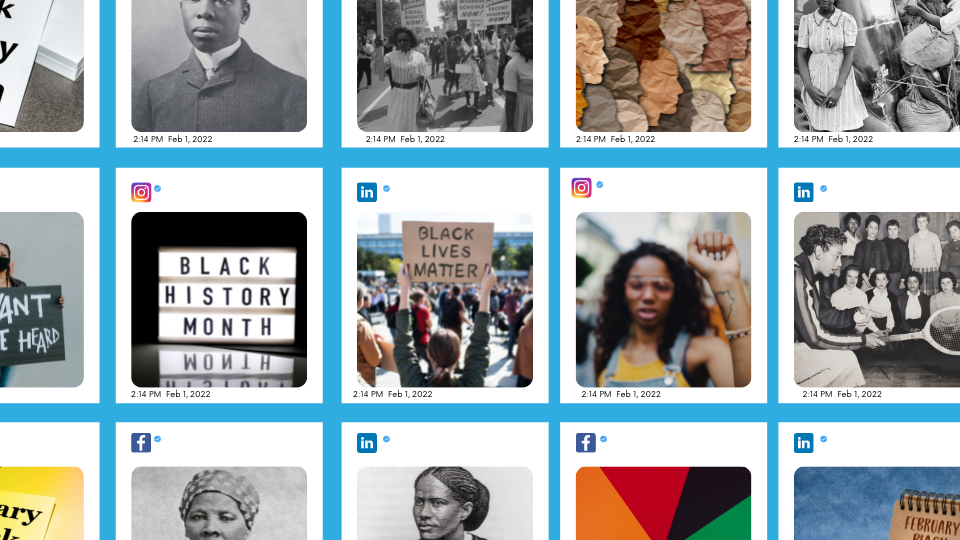 As Black History Month (BHM) 2022 comes to an end, there has been a dramatic increase in brand and corporate announcements about initiatives to recognize and celebrate the Black community. A quick Google search of BHM media coverage in February 2022 showed 5,440,000 articles published, which is a significant increase from ~21,000 articles posted in 2012.

To recognize Black History Month, employers have publicized initiatives on career development and have provided transparency with current D&I reporting. Employers are promoting and publicizing mentorship programs, diversity pledges, virtual roundtable discussions on inclusion in the workplace, and dozens of campaigns from notable brands raising Black voices, but are these efforts generating real internal change that can be quantified and verified?

A 2021 article on Brands and Black History Month, by leading international marketing firm Ketchum states, “More than ever, actions are more important than words, and consumers are holding corporate America accountable… There’s an increased emphasis to discuss internal diversity efforts beyond just commemorative product lines—and why that focus is important.”

Where We Stand Now

In September 2020, California passed a law requiring publicly held companies headquartered in the state, to install one director from underrepresented communities, including individuals who identify as Black, Hispanic, Latino, gay, lesbian, bisexual, or transgender by the end of 2021. Other states, such as Maryland and Illinois, require companies to disclose the demographic composition of their boards.

According to Reuters, Investors have called for more transparency on race, with proposals on corporate ballots requiring boards to commission racial equity audits.

The Numbers Tell A Story: Improving Numbers for Board Members: Not as Positive for C-Suite and Management Roles

McKinsey & Company’s February 21, 2021 report, “Race in the workplace: The Black experience in the U.S. private sector” which drew on data from 24 participating companies within the private sector ranging in size from 10,000 to 1.4 million U.S employees and across all geographies, representing a total of about 3.7 million U.S employees, states Black employees make up 14 percent of all employees but only 12 percent for the U.S private sector as a whole. At the managerial level, the Black share of the workforce declines to 7 percent. Across the senior manager, VP, and SVP levels, Black representation holds steady at 4 to 5 percent. The executive level showed 6 percent and 11 percent for directors.

As of February 14, 2022, there are now five Black CEOs of Fortune 500 companies, with the addition of Frank Clyburn, the recently appointed CEO of International Flavors and Fragrances. Ten years ago, there were six CEOs on the list, which is the all-time high in the history of the Fortune 500 list.

Black men and women earn 87 cents and 64 cents, respectively, for every dollar white men earn. According to the Economic Policy Institute’s State of Working America Data Library, the median black-white wage gap for 2020 is 23.6 percent, which has decreased since 2012 from 24.6 percent. However, the EPI also posted an article in February 2020 stating, “Black-white wage gaps are large and have gotten worse in the last 20 years. The latest findings on wage growth as documented in EPI’s State of Working America Wages 2019 report indicate wages, in general, are slowly improving with the growing economy, but wage inequality has grown, and wage gaps have persisted, and in some cases, worsened.”

Some Encouraging Commitments to Change

In recent years companies including Amazon, eBay, Facebook, Google, McKinsey & Company, and Microsoft have made commitments to greater transparency and publicly share their annual D&I reports. Many CEOs are also signing the CEO Action for Diversity & Inclusion™ pledge. The pledge has over 2000 signatories representing 85+ industries and ~13 million employees in the U.S. Some companies are even making their own public pledges to staffing, career development, education, opportunity, and funding.

State Street Global Advisors (SSGA) announced their Fearless Girl campaign in 2017, that encouraged companies to add at least one woman director to their boards. In a letter to clients in 2022, State Street states, “In the years that followed, we’ve expanded this policy to most major markets and indices. Today, 862 (approximately 58 percent) of the 1,486 companies we identified with previously all-male boards have added one or more women directors. This past year, every company in the S&P500 had at least one woman on their board.”

State Street is enhancing its gender diversity policy to include all holdings, across the globe, to have at least one woman on their board beginning in the 2022 proxy season.

Some Laudable Goals from Recognized Brands:

Last month, Twitter reported that it had increased the percentage of Black employees at its U.S. locations to 9.4 percent from 6.9 percent in only one year and the share of Hispanic workers to 8.0 percent from 5.5 percent. The company accomplished this by utilizing their flexible work from anywhere strategy to hire from markets with high populations of Black talent.

Google announced plans to hire 10,000 more Black Googlers by 2025 and increase Black leadership by 30 percent. Google is also investing $50M towards scholarships and career development programs at Historically Black Colleges and Universities and is working to provide digital skills training to 100,000 Black women.

Asana’s strategy to increase diversity in its recruiting efforts includes partnering with organizations aligned with underrepresented communities in tech like Techqueria, Afrotech, YearUp, and The Marcy Lab School. Asana has pledged to seek out candidates from underrepresented communities, focusing on Historically Black Colleges and Universities, women’s colleges, and university clubs for early career programs. The company’s Interviewing Policy for leadership candidates is to interview at least one candidate from an underrepresented group and one non-male candidate for every leadership role.

Deloitte is choosing to hide the names of universities on candidate resumes from hiring managers. “We are calling it school and university-blind interviewing,” Deloitte’s Head of UK Resourcing Victoria Lawes, said in an interview with LinkedIn. “What we really want to do is ensure that whoever is recruiting isn’t consciously or unconsciously favoring a person who attended a certain school or university.” According to Lawes, she hopes that doing so will lead to a more diverse team at Deloitte, and one with more “diversity of thought” and “diversity of ideas.”

Many companies have responded to the call to action but progress is slow in seeing increased numbers of Black leadership in the C-Suite and management positions. The wage differential figures are downright depressing. And yet, change is happening, and it is happening from the top down with both regulatory and investor requirements that minority leaders are represented on Boards. Larger, influential companies are making significant changes to their operations and culture to recruit, retain, and promote diverse talent. What is new, is the commitment to transparency along with targets. If companies must report the results from their efforts, perhaps that will accelerate the pace of change. And hopefully we will look at 2022 when meaningful change did begin.